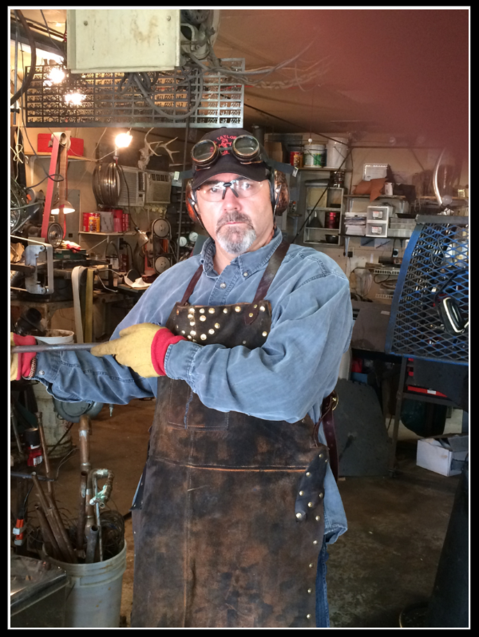 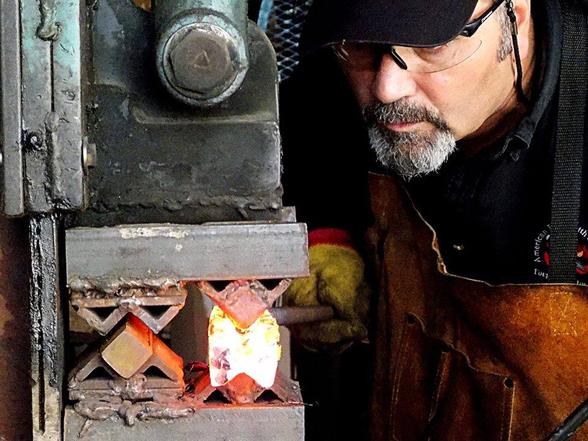 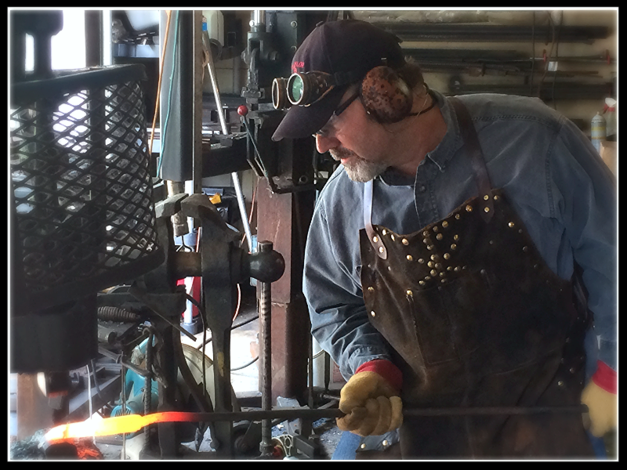 I began making knives at age twelve to have a quality working knife for use on the family ranch. I started out using a coal forge, a hammer, and an anvil. At age 23 I started experimenting with Damascus, and I've been hooked ever since.

I was pretty much on my own for many years, until one day I saw a knife magazine in a store. It was there that I saw an advertisement from a Montana knifemaker, Steve Brooks, from Big Timber, Montana. We met a few times and kept in touch over the phone, and I refined my knifemaking skills with Steve as a resource.

I experimented with several different steel combinations and created a variety of styles from bowies to miniatures. While trying to master the basic Damascus patterns, I was introduced to the challenges of mosaic Damascus. I am particularly interested in this form of Damascus because it offers almost limitless opportunities for artistic creativity. I began making mosaic Damascus in 1995 after hosting a hammer-in where Steve Schwarzer demonstrated his cutting-edge work in this field.

In 2000, I received my mastersmith rating with the American Bladesmith Society.  The following year I was the first recipient of the Jim Schmidt Award at the East Coast Custom Knife Show in New York City.  In addition, I have since been awarded Best Damascus Knife at the Blade Show twice, and won three Blade Handmade Awards.

Examples of my work have been featured in Blade, Knives Illustrated, Tactical Knives, Knife World,  the annual Knives publications, and many European and Japanese knife magazines since 1992.